Write a Book in a Day – the blurb. 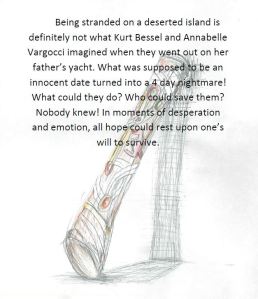 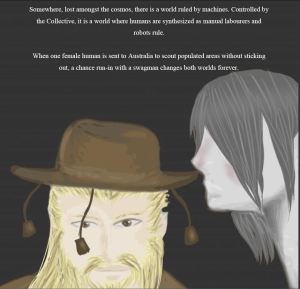 50 students tucked in The Learning Hub, humming with creativity

Chris Love LIVE from the US by Video Conference

How did that happen? It’s a whole year and LCGS Seniors are at it again. 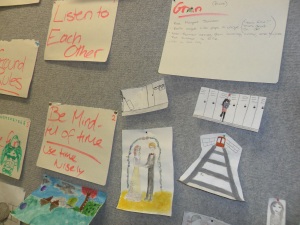 Write a Book in a Day Competition – midday update 2 from Mr. Grubert

As a sidenote, some of you will know new student Catherine Kerr. In case you don’t, check out one of her “sketches” of Holly Feather, one character from her team’s story…

Three hours into the twelve-hour epic, storylines are developing with the following six ideas being worked peak:

Pastafarian (no, that is not a typo) priest Fabian meets Victoria, a politician. Together, they must defeat the piranha-controlled enemy who is trying to take over the world…

Daniel, a builder whose wife has died finds that soon after his daughter runs away. After an accident he is left in a coma and it is in this dream-like state that he seeks out the spirit of his wife…

A trans-galactic foreigner lands on earth to gather intell. For an impending invasion. A chance encounter with a swagman, Keith, changes the future of both worlds…

An heiress to a millionaire runs away with a boy who works as a hospital cook. When their boat is hit by a falling satellite they are set adrift with only a digeridoo to keep them afloat…